The legalisation of gay marriage meets resistance in Taiwan

The legalisation of gay marriage meets resistance in Taiwan 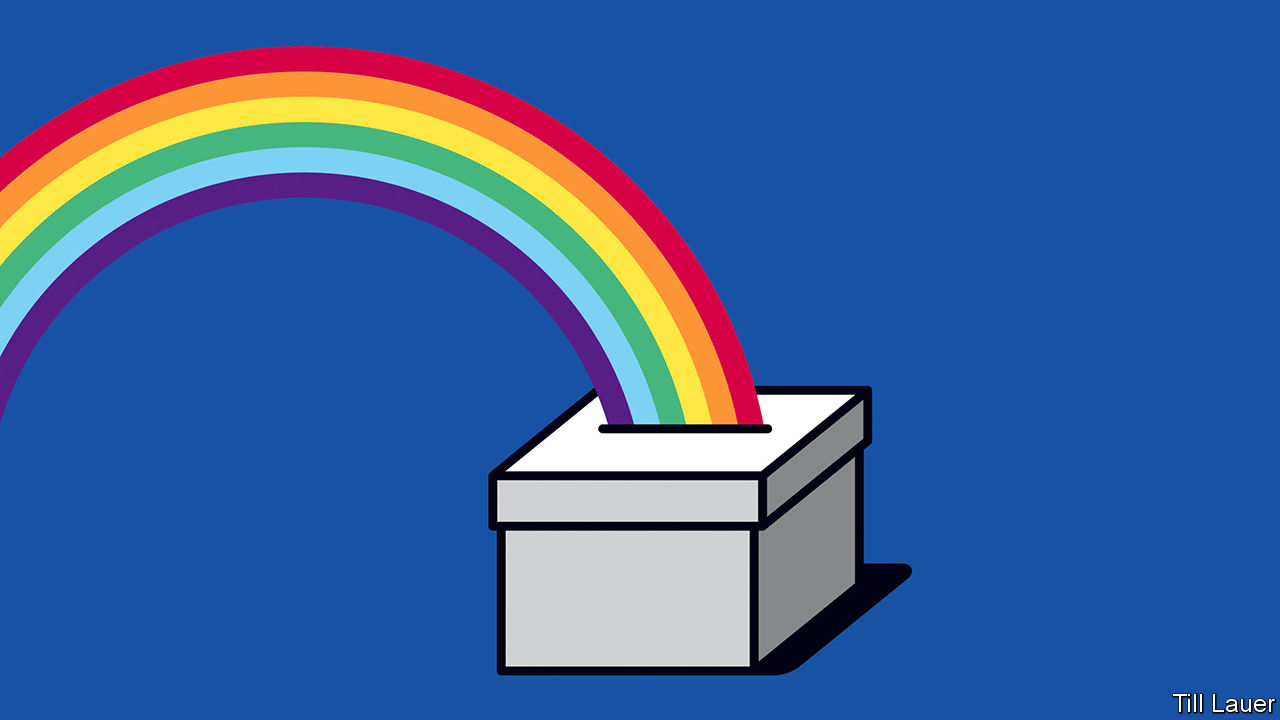 NOWHERE IN ASIA celebrates gay pride as flamboyantly as Taipei. The annual parade in Taiwanâ€™s capital draws tens of thousands, many from overseas. If you think near-naked men in diamantÃ© tiaras and white go-go boots are normal for Asiaâ€"not to mention horned devils marching next to real Christian pastorsâ€"think again. Only in September did India legalise gay sex. In mainland China gay people are still often regarded as deviants. In Afghanistan sex between men is punishable by death.

Get our daily newsletter

Upgrade your inbox and get our Daily Dispatch and Editor's Picks.

Some 25 countries around the world allow same-sex marriageâ€"but none of them is in Asia, unless you count Australia and New Zealand. Last year, however, Taipeiâ€™s parade-goers really had something to celebrate. Taiwanâ€™s highest court had recently ruled that barring same-sex couples from marrying violated the right to be treated equally. It gave the government of President Tsai Ing-wen two years to write same-sex marriage into law.

At this yearâ€™s parade, on October 27th, the flamboyance could not conc eal mounting worries. Since the court ruling, Ms Tsai and her Democratic Progressive Party (DPP) have dithered over the needed legal changes. Ms Tsai was once outspoken in favour of marriage equality, which recommended her to younger voters. But she has since found the issue to be more polarising than she expectedâ€"and Taiwanese society has plenty of divisions already. Besides, municipal elections loom on November 24th. They will be a test of Ms Tsaiâ€™s leadership, and the DPP wants to avoid controversy. Its traditional base in the islandâ€™s south is older and more conservative, except in wanting Taiwan to declare a formal separation from China.

Anti-gay forces have seized their chance. A law passed by the DPP makes it easier to get referendums onto the ballot: voters face no fewer than ten questions on November 24th. One asks whether discussion of LGBT matters should be banned in primary and middle schools. It is intended to roll back those parts of the national curriculum that teach respect and understanding for gay students. The second asks whether voters think the civil code should define marriage as between a man and a woman. A third asks whether the rights of same-sex couples to form a permanent union should be guaranteed in a form other than civil marriage.

Gay activists have hit back with two referendums of their ownâ€"one asking whether the school curriculum should stipulate education on LGBT matters, and the other asking if same-sex rights should be enshrined in the civil code.

It is not clear how binding the results of the referendums are (they may also prove contradictory, which would be awkward). And the court has made clear that if the government does not legislate in time, same-sex couples may go ahead and marry anyway. But the conservativesâ€™ aim is to change the climate, says Victoria Hsu of the Taiwan Alliance to Promote Civil Partnership Rights: teachers may grow nervous about talking about gay issues, for instance. Opp onents of gay marriage would also like to get the government to institute a distinct form of marriage for gay couples, rather than amend existing marriage law. But for supporters of same-sex marriage, separate legislation for gays would be discriminatory. They liken it to Americaâ€™s Jim Crow laws that once enforced racial segregation.

Other parts of Asia are watching Taiwan. Hong Kong has a vibrant civil society and growing openness to homosexuality. Since a court ruling in July the government recognises marriages of foreign same-sex couples conducted abroad for residency and other purposes. The move has the backing of businesses and law firms worried about Hong Kongâ€™s ability to attract international talent. As in America, says Evan Wolfson, who has campaigned for marriage equality in several countries, it is likely to prove a step towards allowing same-sex couples from Hong Kong to marry.

After Hong Kong, Japan, the only G7 country that does not recognise same-sex u nions, may be next. In September five foreign chambers of commerce called for marriage equality, backing calls from influential multinationals. One female lawmaker from the ruling Liberal Democratic Party wrote this summer that LGBT couples were â€œunproductiveâ€ because they didnâ€™t reproduce. But other ruling-party politicians are more open-minded. A growing number think the Olympic games, which Tokyo is hosting in 2020, could be a cue for Japan to come out in favour of marriage equality. That would put Japan itself on the podium.